Over the past half-century, the dress shirt has gone from being an undergarment to holding a prominent place in many outfits. This is one reason why it is today available in so many styles, colors, and patterns. Whether one’s style is chinos or suit-and-tie, shirts are an essential means of expanding one’s wardrobe. 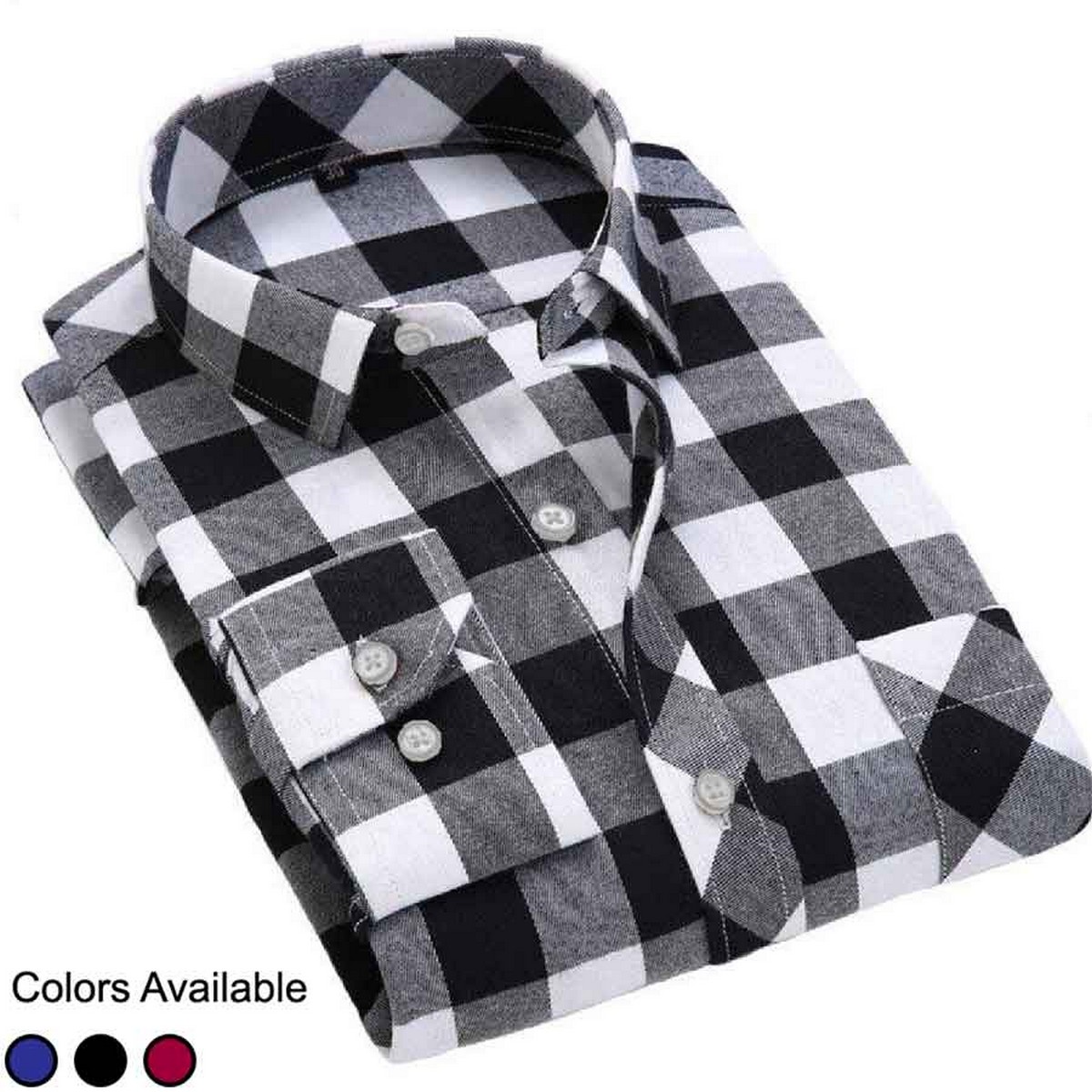 A shirt’s style signals quite a bit about the wearer’s intentions. A dress shirt with a button-down collar, left breast pocket, plain front, and single-button cuffs signals leisure while a dress shirt with a turned-down point collar, no breast pocket, placket front, and French cuffs Men’s dress shirts. signals formality. The beauty of adjusting a shirt’s style is that you can design it for not only for the occasion but also to compliment your unique features.

The men’s dress shirt collar is the most important style detail, both in determining the garment’s level of formality and in how it flatters the wearer’s face. Button-down collars are the least formal and extremely versatile; they look great without a tie but can just as well support a tie and sweater, blazer, or sport coat combination. The wing collar, on the other hand, is reserved for formal wear and should always be worn with its companion parts. It is the least versatile collar, whose sole purpose is to signal the highest level of dress.

Most men’s dress shirts sport some sort of pointed collar, but there is huge room for variety here. While the standard point collar looks good on most men, those with narrower faces do better with slightly shorter ones, while round faces carry well above long collar points. As a general rule, the greater the angle between the short sides of the collar points, the more formal the presentation. Spread collars, which leave a wide opening between them, take large tie knots especially well. The edges of the cut-away collar nearly form a straight line above the tie knot; this is the most formal collar arrangement. An exception to the parallelism of spread and formality is the tab collar: here little tabs of fabric extending from each side connect behind the tie knot, holding the collar close together and projecting the knot outward for a precise, no-nonsense look. The white contrast collar, in any style, with or without matching white French cuffs, is a favorite of power-dressers. While it certainly raises a suit-and-tie above the masses, let the wearer be warned against it if he cannot equal its eminence.

On most decent dress shirts, the collar’s points are kept straight by collar stays. These 2- to 3-inch pointed splints are inserted into slots on the underside of the collar after ironing, and later removed for washing. Besides the plastic ones that come with most shirts, you can buy them in brass, silver, and even ivory, but their material has negligible effect on their function.

Barrel cuffs, standard on most dress shirts, come in a variety of styles and except for the most formal of occasions are never a bad choice. The common variety has a single button; cuffs with two or even three buttons are somewhat more artful. French cuffs are de rigeur for formal wear; they look good with a suit but are always optional. A button in the sleeve placket helps the sleeve to stay closed during wear and can be opened to iron the cuffs; it is optional but nearly ubiquitous.

The traditional left breast pocket adds a little depth to a dress shirt, especially if worn without jacket and tie, and can be useful for holding pens, tickets, and the like. A shirt with no pockets can look slightly cleaner with a coat and tie, but since the coat covers the pocket the difference is minimal when wearing a suit. As with most things, simplicity equals formality, so the pocket-less shirt is the dressiest.

The standard placket is a strip of fabric raised off the men’s dress shirt front with stitches down each side; this is what most casual shirts and many dress shirts have. In the more modern French placket, the edge of the shirt front is folded over, creased, and held together only by the button holes. This cleaner front sharpens more formal dress shirts; it should not, however, be combined with a button-down collar. There are also hidden button plackets, and as the name suggests hide the front buttons under a sheath of fabric.

Men’s backs are not flat; thus we use pleats on the back panel of a shirt so that the fabric may hang from the yoke (the piece covering the shoulder blades) and better conform to the body. There are two common varieties of pleated shirt back styles: the box pleat consists of two pleats spaced one-and-a-half inches apart at the center, while side pleats lie halfway between each edge and the center of the back. While the former are more common on ready-to-wear shirts, the latter better align with the actual shape of the back, and thus fit most men better. A well-made custom shirt can be cut and sewn to fit its wearer perfectly without pleats, and this makes it cleaner and easier to iron. Nonetheless, many men prefer to have pleats even on their bespoke dress shirts.

A man may elect to have his shirt monogrammed, usually on the edge of the breast pocket or on the shirt’s cuff. Monogramming originated as a way to identify one’s shirts in a commercial laundry, akin to writing a child’s name on the tag of their jacket. More recently, as the shirt has taken a more prominent role in men’s dress, the monogram has emerged as a way to subtly communicate the care a man has taken in obtaining his clothes. While large, garish monograms certainly do more harm than good, many men enjoy the quiet display of their initials, usually in a color similar to the shirt’s own.

Antonio Centeno is president of A Tailored Suit, an online American boutique fine-clothing merchant specializing in bespoke men’s suits, shirts, jackets, and overcoats. He and his partners launched the company with the mission of helping men create the clothing that best enhances their individual style. Antonio has studied men’s clothing design in London, Hong Kong, and Bangkok. He is a former Marine Corps Officer and holds an MBA from the University of Texas at Austin and a BA from Cornell College